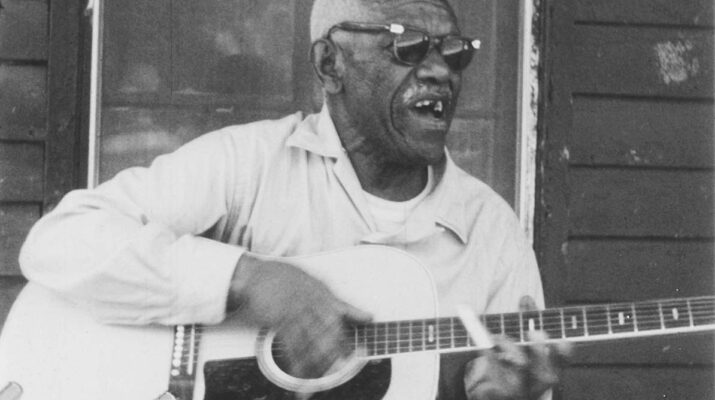 A fifty-year journey encompassing the roots of American music, the upheavals of the civil rights movement, the strength of memory, the enduring power of this foundational music, and a reflection on the treasures of personal experience, both lost and found.

When I was moving my Beverly, Massachusetts office two years ago, I uncovered my 16mm black and white film that I made as a film student in 1971. Filmed with my friend Tim Treadway, we traveled from Boston through Kentucky, Tennessee, Mississippi, and Louisiana to find and record some of the last living blues legends. My first film, THINKING OUT LOUD, a twenty-minute documentary, was seen at several festivals, and then stored away.

Fast forward fifty years. After I uncovered my stored film, I was determined to retrace my 1971 journey to see what had changed in the birthplace of the blues. On this journey, while I was looking for the source of the blues in the flatland cotton fields of the Mississippi Delta, and the lonely highways that crisscrossed the region, I felt the presence of the spirits of the departed blues artists. I also found a new respect for the cultural value of a musical form that had been all but ignored in the south of a half-century ago. Today, rock fans, from all over the world, raised on music adopted from rural Black communities, were flocking to that wellspring in record numbers. In many states, museums and historic markers had sprung up to guide a steadily growing caravan of international tourists. Venues from roadside Juke Joints to newly constructed concert halls offered musicians, both veterans and young performers, places to perform almost every night of the week.

My fifty-year journey led to the compilation of then and now in my award-winning documentary film, THE BLUES TRAIL REVISITED. A ninety-minute film, created for digital and theatrical release, features exclusive performances with some of America’s true blues legends, old and new. It explores how the blues has changed in the last fifty years, its impact on American culture, popular music, and the economy of the American south.

Recent accolades for my film include one by the renowned Joyce Kulhawik, previously the arts and entertainment anchor for CBS affiliate WBZ-TV News in Boston, another by Roger Stolle, owner of Cat Head Promotions which runs the annual Juke Joint Festival in Clarksdale, Mississippi, and also Paul Benjamin, who manages several Blues Festivals throughout the US.

“The film puts you in the passenger seat right next to the filmmaker rounding the bend on a fifty-year old odyssey: to excavate the last living blues legends and his own youthful filmmaking past. Reed once again rattles back through time and the deep south, brushing the dust off the towns, tunes, and sweat-soaked juke joints where the blues bloomed– and still do. The movie is a sweet sad song of praise for those unsung, who wove their troubles and dreams into the original fabric of American music.”

“A story of blues friends, fans and follow through, Ted Reed’s remarkable BLUES TRAIL REVISITED spans 50 years—tying together past Southern blues traditions with those of the present day and perhaps even the future.”

“The memories that this film brought back were outstanding and made me want to go back and discover some of the places that I missed…This movie will also make anyone that is not into the Blues or Mississippi change their mind.”

Just over a year ago, I partnered with Visit Clarksdale and The Blues Foundation to launch a biweekly podcast, The Blues Trail Revisited podcast, available for download at https://bluestrailrevisited.podbean.com/.

I continue to host screenings to sold out venues such as The Balboa in San Francisco, California and The Cabot in Beverly, Massachusetts.

During his career he partnered with the MIT team who pioneered internet streaming video technology, produced New England’s first local all-digital TV broadcast, and pioneered the use of interactive video for large business meetings.

Ted has taught and lectured at Harvard University, Tufts University, Boston University, Endicott College and the Boston Film and Video Foundation. He has brought filmmaking courses to elementary schools, community groups and retirement homes, and continues to run film, photography, and music workshops at his office in Gloucester, Massachusetts.

END_OF_DOCUMENT_TOKEN_TO_BE_REPLACED 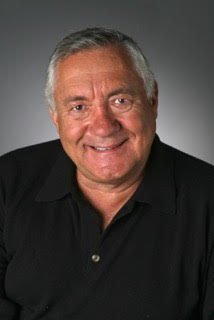 Another battle by the US film industry has come to a close. Florida’s Film Tax Credit has been around since the program was created in 2004 has been allowed to sunset by the Florida Legislature. This incentive was created to provide rebates to approved films, TV shows and other projects to be made in Florida.

Historically it has been a success for the state. Following the blockbuster TV series Miami Vice, the Florida legislature recognized the collateral benefits for the state. Not only the economic benefit of the jobs created by the production, but more the public relations aspects that created a major boost for tourism.

As the 2016 Legislative session came to a close recently, the existing Entertainment Industry Financial Program was allowed to sunset after the Herculean efforts of the in state movie industry efforts failed to pass an extension or get a new bill. The industry has been working for four years to convince members of the legislature to support a program that has numerous benefits, including job creation, economic development, and proven increases to tourism.

The Florida’s Movie industry has worked tirelessly to convince legislators that this tax incentive should be continued. The same battle is going on in other states most notably Massachusetts. In both states, the industry has developed highly trained professionals who deserve to be supported by their elected representatives in their efforts to build a serious entertainment infrastructure.

In the last three years, more than $650 million in projects has been lost. These projects would have created over 110,000 hotel nights and an estimated $1.8 billion in economic impact for the State of Florida. Not to mention that the skyline, familiar venues and buildings appearing on TV and the big screen to showcase the state to entice tourists to come and visit.

Florida also is a center for education with more than thirty colleges and universities offering degree programs in media, filmmaking and other associated skills. It is estimated that over 5,000 students graduate each year with these industry degrees.

In the same vein, Massachusetts has similar statistics to back up their case. Over the past 10 years 99 major motion pictures have been produced in the Commonwealth.

The success of the Film Tax Credit in the past has created a skilled work force that will be hard pressed to utilize their craft and skills in other industries. That creates unemployment and other economic distress. Many will move to more fertile ground.

The effect of the mere discussion of Tax Credit incentive change has ensured that families and businesses will continue to face a worsening crisis in which jobs and projects will flow to competing states. Massachusetts industry participants and their partners will need to address what urgent measures must be taken to preserve the industry and create a dynamic, universal change in the approach moving forward.

Finally, the Massachusetts Film industry (and Florida) has not asked for excessive support but seeks to maintain a program that would allow it to continue to grow and continue to be recognized as a global hub for film, television and digital media production.

Richard DeAgazio is an industry professional on assignment for IMAGINE Magazine in Florida. 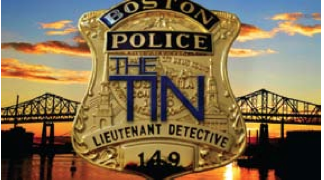 The Tin is what the Boston cops call their badge and the place they hang out.

In the past few years, films about working class Boston and the law enforcement officials who police it have achieved remarkable popular, critical and commercial success, as well as extraordinary attention at Oscar time. The archetype of the tough, hard-drinking Irish- American has supported END_OF_DOCUMENT_TOKEN_TO_BE_REPLACED