Genre: Coming of Age Drama dealing with the loss of innocence

This is the story of two brothers. Tragedy drove them apart. Now the Brennan brothers must patch things up and prove there is nothing more important than family. Can they overcome the past?

Can they learn to be brothers again?

It’s the summer of 1994. O.J. Simpson is chased in his white Bronco, the Beastie Boys have just released Ill Communication, and the Major League Baseball strike is looming.

For nineteen year-old Colin Brennan living in Silver Shores Cape Cod, summertime should be one of the best times of his young life. But the beautiful scenery is instead a constant reminder of what happened the previous year.

Colin is haunted by the memory of a tragic accident that took the lives of his two best friends.

Life is spiraling out of control for Colin, a former lifeguard once headed to college on a swimming scholarship, but now works as a shoe salesman. He started drinking so he could remember his friends – now he drinks to forget them.

Colin’s 23-year-old brother Dermot wants to help his little brother, but he can’t even help himself. He’s dealing with his own loss – a breakup with the girl he thought was “the one.”

After spending the winter in Ireland writing for a newspaper and trying to forget Francesca, Dermot returns to “The Shores” to work at the Island Ferry parking lot. He talks a lot about becoming a writer, but will he ever write?

The Brennan brothers were raised by loving parents who stressed the motto “Love one another and stick together”. But they are quickly drifting apart.

Where are these brothers going?
With mixed tapes representing the soundtrack of the Brennan brothers’ lives, and humor used to mask their problems, THE RUNNING WAVES is a story about unresolved grief, substance abuse, break-ups, young love, baseball, movies, brotherly relationships, and the thorny road to redemption.

Ted (T.M.) Murphy told Imagine Magazine, “In 2008, My brother Seton approached me after not having a drink for four years and said, ‘I want to write a book that will help people especially men. I don’t want it to be preachy or toned down. It has to be authentic in how men can be. How we mask what is really going on with humor and booze. I want it to be a story that doesn’t focus on a tragedy but what happens after a tragedy to the people left behind’.”

”Well, I could relate to all of that considering I had lost one of my friends in a car accident and did all of those things Seton had just described…. I suggested adding another kind of loss into the mix, the loss of a relationship. Breaking up with that first love can also be difficult and as young men we are told to just move on. I wanted to explore that as well. Of course, that could be because I grew up on John Hughes movies.

“Anyway, we wrote the book and it was released in 2010. It really spoke to people and we were constantly told that we should make it into a movie. We thought that was funny because we first began writing it as a screenplay before going the book route. Now here we are, in association with Good Natural Dog Productions, planning to film in our hometown of Falmouth, Cape Cod in the spring of 2019.

Casey Sherman, bestselling author of “The Finest Hours” and “Boston Strong,” both made into major motion pictures, had this to say about the book:

“Finally – a novel that captures the tone and tenor of the place where I grew up. The Running Waves shows us what lies beneath the beautiful imagery of Cape Cod where villagers are often torn between their own aspirations and a stubborn loyalty to the place they call home. The Murphy Brothers have found a big fan in me.” (Read about Casey’s new project with John Stimpson in this issue on page 10).

Boston comedian, Lenny Clarke, has signed to play the part of Molloy, the parking lot attendant at the Island Ferry to Martha’s Vineyard. “Man, this really is great! It was funny. It was sad. It was real. I called Teddy up and after we talked about the Patriots win that happened the night before I said, ‘I’m in!’“

“Lenny is New England and for us to get him on board is honestly a dream come true.” Seton Murphy said.

“He’s not just a legendary comedian. He’s an unbelievable actor and we’ve been fans of his since his days on Rescue Me and he’s going to be in our movie. Wow!” Ted Murphy added.

Jordan Tofalo came in to read for a part and when she was done Seton turned to me and said, ‘she’d be perfect for the part of Tabitha (a girl with a promising future but gets in with the wrong crowd) in THE RUNNING WAVES….”

“I am so thrilled to be a part of THE RUNNING WAVES! It’s beautifully written by the Murphy Brothers, takes place in the 90’s, and touches upon extremely relevant topics in our current society…” said Jordan said after doing a photo shoot for her character Tabitha.

“Things definitely happen for a reason,” Ted Murphy continued, “Jordan had just worked with Dennis Serpone on SWEENEY KILLING SWEENEY and suggested we talk to him about coming on board as an Executive Producer. We hit it off with Dennis immediately, and not only did he join the team but he suggested talking with his nephew Brian Serpone who with Billy Dufresne manages Nicole Michelle whose career is taking off as a singer. Two of her songs will be on the BERNIE THE DOLPHIN soundtrack.

“1994 was all about mixed tapes that captured the moment you were feeling so we plan to have a diverse soundtrack with established as well as up-and-coming acts. Nicole is currently blowing up on the scene. She’s dropping an album soon with Jeff Timmons of 98 Degrees producing it so it was natural to ask her to contribute to our soundtrack. We set up a meeting and we all hit it off. But something else happened she reminded Seton and me so much of Natalie, the young love interest in our movie, that we asked Nicole to read for it.”

“I’m honored to be part of telling such a touching story like THE RUNNING WAVES,” Nicole said backstage during a rehearsal for an upcoming tour.

Other actors attached are Patty O’Neil (STONGER) as Mrs. Sweeney. “I loved the role of Mrs. Sweeney the moment I read it…. Plus, supporting a wonderful local story and the talents of the writers is a dominant drive for any actor.”

Alexa Serowik has been cast as Francesca, the girl who broke Dermot’s heart; she says “I am excited to be cast as Francesca because there is a lot more to her than may appear at face value. Francesca is a bit of a bad girl but with a soul and seems to me wise beyond her years.

Nate Richman (STRONGER) will play the Tommy Keating Role. When he met writer T.M. Murphy they found out that they had more in common than they thought.

“I am thrilled to be part of The Running Waves production,” Nate Richman said, “I grew up reading T.M. Murphy’s kids’ books the Belltown Mystery Series, so I have been a fan of his for a long time. Ted and Seton do an excellent job telling an incredible story. The Running Waves is the type of book that you’ll be crying on page 100 and cracking up by page 102….”

THE RUNNING WAVES is seeking additional funding, some key casting, executive producers, collaborating production companies and distribution. This passionate group is shooting in Massachusetts, entitles the production to a 25% transferable tax credit. 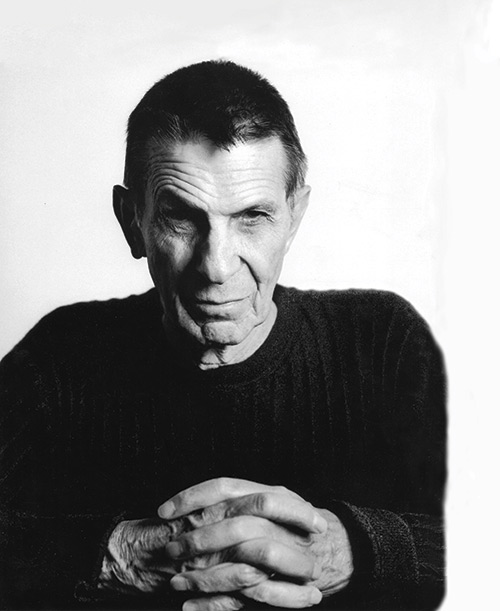 He Lives Long And Prospers: Leonard Nimoy’s Journey from Boston to The Final Frontier and Beyond

06/17/2014 Bill Comments Off on He Lives Long And Prospers: Leonard Nimoy’s Journey from Boston to The Final Frontier and Beyond 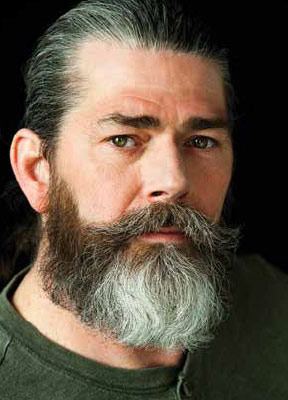 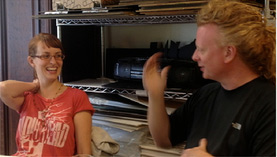