I wish the best for everyone who works in our industry and all to our families and friends. 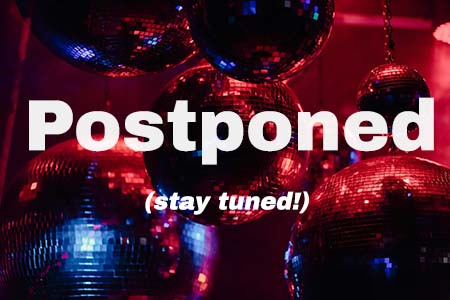 I discovered just before Christmas that the Golden Globe Awards are scheduled on the night that we always have our IMAGINE Industry New Year’s Celebration & “Imaginnaire” Awards Gala (the second Tuesday of each New Year). So, unfortunately, we have postponed our event to be scheduled at a future date to be determined. I will keep you apprised and hope sincerely that you will participate when the time comes. We thought of having a Golden Globe watch party, but for our first time back together since 2020, I finally decided that we need to have time to talk to and hug each other, not stare at a television screen. Stay tuned for updates!

I believe that since our introduction into the prospect of film tax credits into Massachusetts, Rhode Island, and Connecticut the economy of the Commonwealth of Massachusetts and the other states have benefited enormously for all our work making those film tax credits happen. Countless jobs have been created, new businesses have sprung up (some mentioned in this issue), and our region is now home to marvelous television series such as The Gilded Age (see my story in this issue) and Julia, the most real and positive story about Julia Childs that I have ever had the privilege to see. It’s inspired by Julia Child’s extraordinary life and her show The French Chef, which essentially invented food television.

Julia being played so well by Sarah Lancashire is amazing. What a find! I credit the show’s showrunner Christopher Keyser, who is a college friend of my daughter, Raine. They attended Harvard together. And when I mentioned her name to him at an industry event, he was so happy to meet me.

As I have mentioned before, bringing film, television and commercial production to New England has been front and center with IMAGINE from our inception. We worked immensely hard to introduce and get passed into law film tax credits that would attract film production and professionals from all over the world. Once the credits were passed, we championed them with our outreach through this magazine by attending and distributing IMAGINE Magazines at industry annual events such as the American Film Market in Santa Monica, AFCI in Los Angeles and National Association of Broadcasters in Las Vegas. It was so unfortunate that the state did not give the film office a budget to advertise all that we had to offer. But IMAGINE did, by asking local vendors to contribute to an ad in IMAGINE that did exactly that. Thank you to those who contributed to that effort.

Upon the retirement of Lisa Strout, by far one of the most outstanding and award- winning film commissioners and Executive Directors of a film office anywhere (Massachusetts and New Mexico), I am concerned and want to bring attention to who will be Massachusetts’ next Film Office Executive Director and how that person will be searched for and vetted. I am looking forward to our new Governor, Governor Healy, as I believe she will be supportive of the industry we brought to this state creating so many new jobs, new businesses, and opportunities that we didn’t have before. Not all administrations have supported us. But this movement has been a game changer. I must hand it to Governor Charlie Baker. His first year in office he tried to shut our Film Tax Credits down completely. We fought that and survived. His next year he launched legislation that would limit us by putting a $50 million dollar cap on our credits. We fought that tooth and nail. The next year he acknowledged that most everyone liked our film tax credits, and since then he had a “hands off” policy. (Much to our credit and relief.)

Now talents of all sorts have moved back to Massachusetts, and we are so happy to have them back. We are also attracting talents that have never been to Massachusetts before.

How did this happen? If you had been reading IMAGINE since April 1998, you would know every detail. It hasn’t been easy. It started with connecting the dots. Having so much talent in one place without a developing film industry was unforgivable as far as I was concerned. And that’s what sparked it for me along with my profound interest in coalescing all who had to work elsewhere to make a living, paying big taxes elsewhere, like to California and New York, I might add.

Getting back to searching for and vetting a new Massachusetts’ next Film Office Executive Director, I have to say, I don’t know who is doing it or who will make the final decision. I do suspect that the office will get more support than in the past. I do like John Alzapiedi who has worked alongside Lisa Strout since Tim Grafft resigned. John was on the film office staff when then acting-Governor Jane Swift closed the office in the early 2000s (he was transferred to tourism), so he is not a neophyte. He really knows Massachusetts and what we have to offer. He knows there are twelve-to-fourteen-hour days and eight-day weeks. I believe he has thrown his hat into the ring. He is fresh, capable, and relevant, which is what I always look for in a new hire.

Changes Are Coming to Imaginenews.com

As you may have noticed we are retooling IMAGINE Magazine. And we don’t really know what we will look like in the near term. Except that we know we will serve you and our industry well, as we have always done. We’re in an awkward place right now as our online version of IMAGINE is on a different emag site than our imaginenews.com site. As a result, those who visit our site leave too soon to link to our emag site. The problem with that that is our website analytics are poorer than what they actually are. When viewers go to our emag site, they spend hours on all our pages and look at back issues that interest them. Our website doesn’t get any viewer credit for that, so we are looking for solutions to this problem as ad sales are based on viewership. We’ll figure it out. Bear with us.

It is obvious that content is still king. Where do you find that new riveting material for development? Books, of course. I have two to recommend if you are in the hunt. One of my favorite page turning writers, is our own Erica Ferencik. She writes in zones that no one wants to go to. She is a New York Times Editors’ Choice, a Los Angeles Time Best Crime Novels of Winter 2022 choice, and a Reader’s Digest Best Fiction Books of 2022 choice. She’s the author of The River at Night, Into the Jungle, and now a harrowing new thriller set in the unforgiving landscape of the Arctic Circle, Girl In Ice. As a brilliant linguist struggling to understand the apparent suicide of her twin brother ventures hundreds of miles north to try to communicate with a young girl who has been thawed from the ice alive. I promise you; you will not be able to put it down. Imagine that!

If you want to produce or direct a disaster movie, you may wish to consider Northeaster by Cathie Pelletier, from northern Maine. It’s a story of courage and survival in the blizzard of 1952.

“If there is a snowier book than Northeaster, I don’t know it. With its rich cast of fishermen, woodsmen, millworkers and plain old small-town Mainers, Cathie Pelletier’s dramatic re-creation of the great blizzard of ‘52 isn’t simply a fast-paced disaster narrative about the workings of fate, but a paean to a long-lost way of life,” so says Stewart O’Nan, author of the Circus Fire.

We are so lucky to have fresh screenings of films made in our region. Disney’s HOCUS POCUS shot in Rhode Island and at New England Studios comes to mind as well as I WANNA DANCE WITH SOMEBODY, which is the first film from Marina Studios to hit the big screen. We have a story for you. Everyone agrees the music is awesome.

So, the New Year is upon us. Once again, I wish everyone the healthiest, happiest, and most prosperous year ever. We each deserve it and I’m cheering for it. I wanted to add peaceful, but I’m a little worried about those prospects. We will be together soon, I’m sure of it! 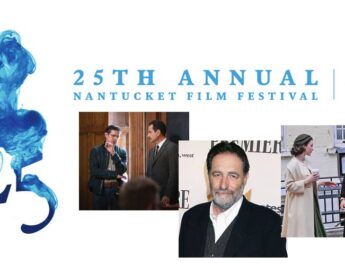 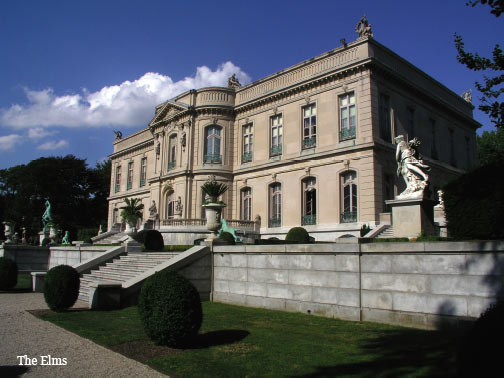