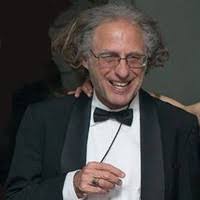 It is with great sorrow and so much sadness that we are saying goodbye to Mick Cusimano. Mick died July 23rd from brain cancer after a courageous four-and-a-half-year battle. He was seventy-one years old and at the top of his creativity. Mick was and always will be IMAGINE’s Professor of Surrealism.

Mick has been the creator of ImagineNation, our production community cartoon set in his world of filmmaking, for over fifteen years. If you work in this industry, you will find his mirth in every cartoon strip.

A celebration of his life will be held in Cambridge in September. You may have noticed that we did not have a cartoon in our summer issue of IMAGINE. To our joy, we have one last cartoon for you in this edition along with Hartley Pleshaw’s “Farewell to the Professor of Surrealism.” IMAGINE will let you know when and where his commemoration will be held. He will be greatly missed.

In August I had the pleasure of attending the Opening Night Gala at the Rhode Island International Film Festival (RIIFF) and stayed for their award-winning short program. I have to say it is one of the best short programs in my history of viewing. The fun kicked off Tuesday, August 9th, at the Providence Place Showcase, where co-hosts Michael Drywa, ESQ., RIIFF’s Advisory Board President and Steven Feinberg, Executive Director of the Rhode Island Film & Television Office were joined by hundreds of filmmakers, cast and crew from across the globe. The theme of the evening was “The Art of the Short Film.” And as I mentioned, it did not disappoint.

A special thank you shout out to Carol Conley of the Rhode Island Film & Television Office (we share the same first name and birthday) for picking me up at the train station and returning me there in time to get the last train to Boston. Of course, Carol is an “Imaginnaire.”

This festival has charted eighty-two Oscar® nominations and fourteen wins from its pool of premiere films. It’s little wonder that CHRIS GORE’S Ultimate Film Festival Survival Guide praises RIIFF as “the kind of intimate festival experience that will change your life.”

It was a fun week. I also attended the RIIFF Film Forum hosted by Steven Feinberg, Executive Director of the Rhode Island Film & Television Office, and another “Imaginnaire.” His guests included filmmakers Tommy DeNucci (also an “Imaginnaire”) and Chris Sparling. Chris was first featured in IMAGINE when he made his very first film AN UZI AT THE ALAMO in 2005. It’s described as a young writer (which he was) searching for his identity, pledges to his dysfunctional family that he will commit suicide on his 25th birthday. As the fateful day approaches, he stumbles upon love and a new sense of self. Fearing family humiliation if he backs out, he prepares for his last birthday with the feigned support of his family.

He wrote, co-directed, and starred in the film himself. Today, he is being hailed as one of the best top ten writers in the business. His break-out film was BURIED. A gripping tale of Paul Conroy, who waking groggy in pitch darkness finds himself trapped inside a wooden coffin, buried alive. He’s an American truck driver working in Iraq in 2006, and having a really bad day.

With his cigarette lighter, he can see the trap he is in, and he quickly realizes that there’s not enough air for him to live long. He finds within the coffin a working cellphone, which allows him contact with the outside world. But the outside world proves not to be helpful at finding a man buried in a box in the middle of the Iraqi desert. Paul must rely on his best resource–himself.

The film starred Ryan Reynolds, who was too, just making a name for himself. It was a great pairing as both of their careers have skyrocketed.

This is just one of the amazing stories to be found at the Film Forum and at RIIFF. Chris has gone on to work with some of the highest and mightiest in the Hollywood set including Matt McConaughey in THE SEA OF TREES, which was partially filmed in Massachusetts. In it a suicidal American befriends a Japanese man lost in a forest near Mt. Fuji and the two search for a way out. Locals Chris Palermo and Steve Howitt are among the cast.

Currently Chis Sparling is in preproduction on GREENLAND: MIGRATION and INCIDENT 459. Both are thrillers. It’s no surprise, but most of Chris’ films contain a race against time. His is a career to keep watching.

At that same event I met Khara Campbell, the winner of the RIIFF Screenwriting Competition with her script SEAHORSE. I read her script and was completely “taken” by her style of writing so much that I asked her to be our cover story for this edition.

She told me, “I was so honored to win the Grand Prize for Best Screenplay for my script, SEAHORSE, at Flickers. It wasn’t until I came back from LA and immersed myself in the New England filmmaking scene, did I learn how esteemed Flickers Rhode Island International Film Festival is.

“When we think of the majors, we think Sundance, Cannes, Toronto, or SxSW – as if it’s one of those festivals or nothing. But there is a ton of talent coming from the next level of festivals, and Flickers RIIFF is not only one of the top ten short film festivals in the US, it’s also Oscar-qualifying and BAFTA-qualifying for shorts. The same year my script won, my short film OUTSIDE THE FOX which I wrote, starred in, and directed for a mere $65 was a semi-finalist there. I got a lot of love from Flickers – and after the awards ceremony, screenings, panels, and connections I made, I’ve got a ton of love to give right back. I am forever grateful for this recognition “back home” and I look forward to creating unforgettable films and employment opportunities for all in our great region.”

So, you will meet her today in the pages of IMAGINE and we will follow her closely as we believe she will be another bright star in our New England future. Lucky us!

I didn’t get to see Lew Place this year at RIIFF because he has retired from the Rhode Island Film & Television Office after eighteen years. I asked him about it. This is what he had to say.

“…A big thanks to Steven Feinberg and Carol Conley for putting up with me all these years! I decided to retire because my vision has been degrading over the years, and since my job required me to be on the computer most of the time I felt it was time for me to give my eyes a rest. Photographing locations is rough because driving has become difficult. I will still do my own video projects and photography, so I won’t be away from it completely. Photographing backyard wildlife is always interesting. I never know what is going to show up.”

Jonathan Wolf, Managing Director of the American Film Market® (AFM®) and EVP of the trade association, stepped down as of June 30th this year. Wolf, who has led the AFM for twenty-four years, will continue as an advisor through the 2022 AFM, which is set to make its in-person return to Santa Monica for the 43rd edition, November 1-6.

Under Wolf’s leadership, the AFM transformed from its import-export roots to an event that serves and includes the entire independent film production and distribution community. Today, AFM is recognized as a must attend market and, as a part of IFTA, still is the only market controlled by the independent industry itself.

Earlier with the Independent Film & Television Alliance (IFTA), among other successes, Jonathon Wolf spearheaded the launch of IFTA Collections TM, the industry’s first centralized service for the collection and distribution of royalties and levies from secondary audio-visual rights for films and television programming. To date, IFTA has collected over $150 million for its clients and continues to distribute more than $5 million annually.

I have attended this event annually since founding IMAGINE in 1998 until the Covid-19 pandemic. It’s the best way I’ve found to take and keep the pulse of the global industry of independent film. It’s where ideas and trends first appear. Recently their LocationExpo has provided space and connections to where you might shoot your next film. Exhibitors will dazzle you with their incentives, which is what every studio and producer is clamoring for.

The AFM is the most efficient film acquisition, development, and networking event in the world. More than US$1 billion in production and distribution deals are closed every year — on both completed films and those in every stage of development and production. Over six days in November, 7,000+ professionals from 70+ countries access the entire global catalogue of available films and projects, attend world class conferences, and connect with decision makers.

AFM is produced by the Independent Film & Television Alliance®. IFTA is the global trade association for independent film and television production, finance, distribution, and sales companies. The organization represents the independent sector before governments and international bodies and provides significant entertainment industry services to independent companies from twenty-two countries.

He will be missed. “It’s been a privilege to lead the AFM and work with passionate volunteer Board members for more than twenty years. I was supported by a terrific team that worked tirelessly to produce a world class event; we achieved much together. I’m excited to see what the future holds – for the AFM, IFTA and me,” said Jonathon Wolf.

2022 is proving itself to be the best year for film production in New England. A question I am asking is “Do we have enough studio space for all the productions that want to shoot here?” I’ll have some answers for you in our next edition. 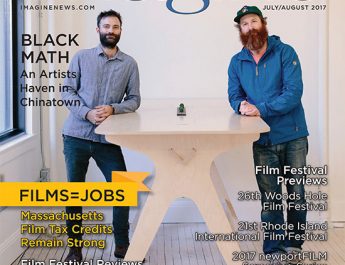 11/19/2014 Jen Comments Off on In Plain View: A New Police Drama by Filmmaker Joseph Conforti