When we are on our way to the NAB Show in Las Vegas, a really big show, I can’t wait to get there and head to the Lobby between Central and North Hall. There I look for my friends Tom Sprague and Paul Beck at the Museum of Broadcast Technology (MBT) exhibit. It’s a never ending surprise of what they will be displaying and demonstrating. These products were introduced and used during the earliest versions of television as a medium.

As MBT’s website tells us, “In the beginning, this new medium of television was as different from its predecessor, motion picture film, as different could be. Motion pictures formed a permanent record crafted over time with great care. Television was live and immediate, leaving a permanent record only in the minds of the viewers” Imagine that! Television was live and if you missed it – it was gone. Sixty-some years ago that all changed.

In 1956; in twin events, one in Chicago at the predecessor of the modern NAB Convention, and one in Redwood City, California; Ampex Corporation introduced to the world a practical means of recording
television signals on magnetic tape. They called their new product Videotape. What a facilitating ramp up that required the ingenuity of American manufacturers that were up to the tasks of rolling out equipment and devices that would record, playback and transmit videotape!

Well, that vintage equipment in working condition is what you will see at the Museum of Broadcast Technology exhibit at NAB April 6th through 11th. And judging by the crowds I’ve seen around this booth
that old stuff is just as exciting to NAB Show attendees as the latest and the greatest cutting edge stuff embargoed right up until April 6th when NAB Show begins.

IMAGINE is distributing this magazine there – over 100,000 people attend from all over the world. We’ll cover it for you and bring back all the NAB Show news. We’ll have a keen look at all the exhibitors from New England.

Avid is coming off an amazing year. We have an update in this issue. I had a spirited conversation with Avid President and CEO Jeff Rosica and Avid Vice President of Communications Jim Sheridan. It’s back
to basics for the company founded by Bill Warner and they have surprises instore for their users. Avid changed moviemaking/editing for forever. Read their story in this issue.

Last month IMAGINE presented the Live Reading of FRANCONIA NOTCH in the ballroom of the Mandarin Oriental. The audience was mesmerized by this script from the exciting team of Casey Sherman (PATRIOTS DAY, FINEST HOURS) and John Stimpson (GHOST LIGHT, THE LEGEND OF LUCY KEYES). It was standing room only
and all the discussions I overheard after the reading is that people were spellbound. It was so successful, IMAGINE and Casey Sherman have teamed up again for a Live Read performance of the highly anticipated Fort Point Media film TURK before a live audience at the five-star Mandarin Oriental,Boston (Ballroom) on Sunday, June 2, 2019 at 2pm.

The filmmakers are looking for actors to play Bruins legends Derek Sanderson, Bobby Orr and other members of the Big, Bad Bruins. Slate Casting will be accepting actor submissions for all roles at SlateCastingTurk@gmail.com Actors chosen for the Live Read will also be given consideration for roles in the film. The Filmmakers seek both male and female actors 25 to 50 years of age.

TURK is a film about the wild life of Derek Sanderson, who assisted Bobby Orr’s Stanley Cup winning goal in 1970 and later signed the richest contract in professional sports before addiction to alcohol and drugs left him penniless and sleeping on park benches.

Sanderson credits Bobby Orr with saving his life and leading him on a path toward sobriety and redemption. The script was written by Casey Sherman and along with Dave Wedge will co-produce the film with production under their Fort Point Media banner along with co-producer Michael Bassick (BLACK MASS).

IMAGINE supports every element of our production community in New England equally. But, I have to say I am impressed with the writing that springs from this well and gets made into books, then movies and television series. Be sure you read about a new voice who’s first published novel, The River at Night,
has just been optioned by Miramax – Erica Ferencik. Her second book, Into the Jungle, is already being shopped around for motion picture. This book will be released in May.

There was great news from Hollywood when nine members of the cast and crew of SWEENEY KIILING SWEENEY including Star and Producer Steve Sweeney (2019 “Imaginnaire) and Executive Producer Dennis Serpone accompanied the film to its LA premiere. The film sold out. Peter Farrelly was in the audience. He’s fresh from enjoying three Academy Awards for GREEN BOOK including Best Picture, which he directed.

Peter and his brother Bobby Farrelly, of course, have written, produced and directed many films in New England including DUMB AND DUMBER, THERE’S SOMETHING ABOUT MARY, FEVER PITCH and more. Both of them have supported film tax credits for the region and we appreciate that.

Here’s something else I appreciate and that’s Wren Ross’ Annual Success Network Job Fair & Trade Show. Wren is known for her voice over workshops and the Job Fair is for her advanced students. She brings in
producers, casting directors and filmmakers to audition and interview each actor for eight to ten minutes. There are typically twenty to thirty actors and ten to twelve producers in attendance.

Vendors who may offer services helpful to voice over artists are also invited including photographers, graphic artists, web designers, home studio sound equipment providers and social media experts. It’s an all-around win –win opportunity. The Job Fair & Trade Show is Monday, April 29th from 4pm – 8pm at the
First Parish Church in Waltham. IMAGINE will celebrate its 21st Birthday in April 2019. We will have a party. Watch for the details because we want to see you there! 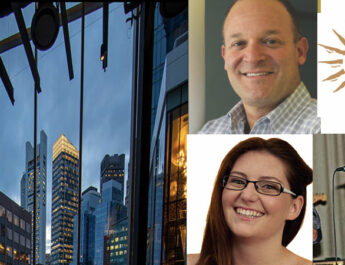 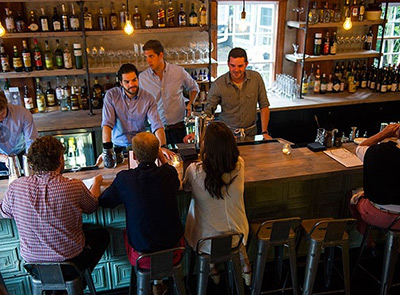 06/27/2014 Bill Comments Off on Nantucket: Before, Between and After the Films