Literally every industry employs audio and video to communicate, educate and entertain. They all come together in Las Vegas when it’s time for the NAB Show for creative inspiration and next-generation technologies to help breathe new life into their content. No matter
where you are in the Content Lifecycle, from creation to consumption, the NAB Show is a must-attend event if you want to future-proof your career and your business.

The NAB Show is produced by the National Association of Broadcasters, the premier advocacy association for America’s broadcasters. NAB advances radio and television interests in legislative, regulatory and public affairs. Through advocacy, education and innovation, NAB enables broadcasters to best serve their communities, strengthen their businesses and seize new opportunities in the digital age.

This year, although I confess I think this every year, NAB will truly be the place where our industry’s unforeseeable future may be revealed. We will find there all we need regarding
capture, digital artistry, filmmaking, production, postproduction, sound, web design and there’s always more.

For me, NAB is an exploration of the tools and techniques that incubate the collaboration of art and technology that supports bringing content to life. It is often filled with surprises.

As the industry’s evolution continues at full throttle, the theme this year is “Metamorphosis.” Many will come to learn how to transform content at NAB. Driven by consumer demand for increased mobility, customization and interactivity, today’s multiplatform experience is all about morphing technologies, workflows and business models.

I see a huge focus on content management. At NAB you can discover IT and workflow solutions for storage, retrieval, asset sharing, security and more.

NAB provides a high-energy marketplace whether it is digital distribution, advertising, financing or content acquisition. It’s a part of a global launch pad that generates $20.7 billion in commerce every year and one that makes content made in the USA its chief export. The Wynn Las Vegas and Encore Hotel will serve as the home of NABs’ Content Market.

On air, on screen or stage, online or on the go, whatever your method or madness you can choose from the hottestdelivery advancement in broadcast, fiber, mobile, broadband,
video, streaming and more. Clear examples will be at NAB.

Considerable attention will be paid to how content is consumed. It’s a never ending cycle as it dictates all other stages of the lifecycle.

Each year NAB recognizes members of the broadcast community who have made significant and lasting contribution to broadcasting. Bob Schieffer, renowned broadcast television journalist for CBS, will receive the NAB Distinguished Service Award (DSA) during the 2013 NAB Show. Schieffer will accept the award at the opening keynote session, sponsored by Blackmagic Design, on April 8 in Las Vegas. I wouldn’t miss this event.

“For more than 50 years, Bob Schieffer has been an eyewitness to history’s biggest stories and respected as a preeminent journalist of his generation,” said NAB President and CEO Gordon Smith. “In recognition of his dedication and profound impact on journalism, we are proud to present him with the Distinguished Service Award.”

New this year NAB is launching SPROCKIT, a new program which will give 10 market-ready startup companies the opportunity to present their product or service directly to influencers in media and entertainment. During the custom-curated, invitation-only experience, startups will present their offerings live to decision makers, industry visionaries, global media and potential funders.

SPROCKIT gives emerging entrepreneurs and their innovations broad exposure through the NAB Show. The 10 selected participants will have pre-scheduled meetings with C-level corporate executives and media outlets, and deliver on-stage presentations alongside some of the biggest names in the industry. Created in partnership with World Series of Start-Ups, LLC and Springboard Enterprises, the SPROCKIT program, under the tagline “Gearing Startups
for Glory,” will launch on Sunday, April 7 and run through Thursday, April 11.

For our SMPTE folks, Academy Award and two-time Golden Globe winning producer Jon Landau will keynote NAB Show’s Technology Summit On Cinema on Sunday, April 7 in Las Vegas. The Summit is co-produced by the Society of Motion Picture and Television Engineers, the worldwide leader in motion-imaging standards and education. Landau has produced the two highest grossing movies of all-time, AVATAR and TITANIC. Landau thoroughly understands the most complex state-of-the-art visual effects technologies and has been instrumental in licensing and marketing his films across various global platforms.

NAB is the world’s largest electronic media show covering filmed entertainment and the development, management and delivery of content across all mediums. With more than 90,000 attendees from 151 countries and over 1,600 exhibitors, NAB Show is the ultimate marketplace for digital media and entertainment. From creation to consumption, across multiple platforms and countless nationalities, NAB Show is home to the solutions that transcend traditional
broadcasting and embrace content delivery to new screens in new ways.

NAB is held at the Las Vegas Convention Center (LVCC). It is one of the most modern and functional meeting facilities in the world — a 3.2 million square foot structure located within a short distance of more than 100,000 guest rooms. Operated by the Las Vegas Convention and Visitors Authority (LVCVA), the center is well-known among industry professionals for its versatility.

Carol Patton is the founder and publisher of IMAGINE Magazine. She attends NAB every year without fail. 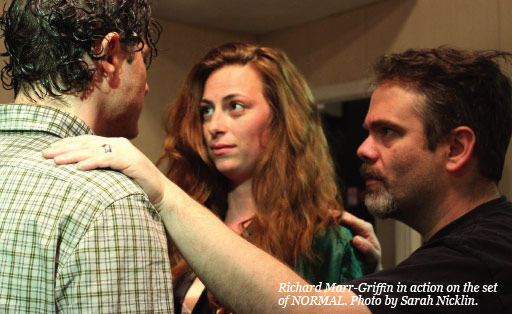 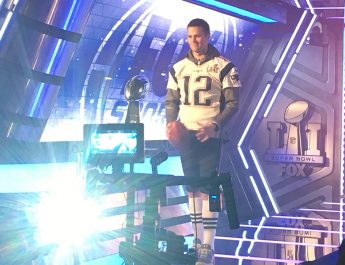 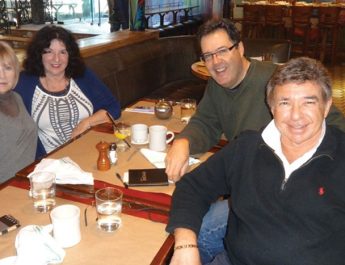