Ellen Becker-Gray grew up in the seacoast town of Marblehead, Massachusetts. We lived around the corner from each other, but didn’t meet until years later, as adults working in a local theatre. We have been together since that initial meeting and recently celebrated 31 years of marriage.

Ellen comes from a show biz background. Her mother was an accomplished dancer and model. Her father, a wellknown dentist in the Boston area, was a jazz lover who treated such celebrated jazz musicians as Jack Teagarden, Cozy Cole and Buck Clayton. One of the only nonmusicians in the International Press Club Jazz Hall of Fame, her father was a TV and radio personality, focusing on dental health. Ellen and her siblings were treated to after show jam sessions and cook outs at her home with such talents as Louis Armstrong and his All-Stars.

Home was filled with music, dance and art. A usual family treat was her parent’s award-winning ballroom dancing. The children learned ballroom dancing early in their childhood. Ballet, Jazz and Tap lessons filled Ellen’s afternoons. Ellen’s first experience on a professional stage was as a ten year old when she was selected to perform in the “Dream Ballet” in the Musical, Oklahoma. This experience initiated a life-long passion for performing.

Ellen also wanted to teach and integrate the performing arts with curriculum. After earning a M.Ed. from Smith College, she was an outstanding teacher, working in colleges, elementary schools and in a school for performing arts. At the same time, she continued to perform on stage and in films. Ellen has a presence on screen and stage. After an established teaching career for over 30 years, Ellen took early retirement to focus on her career as a performer when she earned her SAG and Equity cards.

That is just one side of her. Here is what I see everyday:

As an award-winning actor, she is the most natural; as a mentor, affectionately called “Mama” on and off set; as an activist, working for children and people’s rights; testifying on behalf of the film credits; participating in political campaigns; serving on numerous Boards. But, mostly, as a loving wife, daughter, mother, grandmother, aunt and great-aunt. She is caring, compassionate person, giving of herself to listen and help many. Everyone knows the name Ellen Becker-Gray. We all love you, Ellen.

Rob Gray is a New England actor and producer. He lives in North Kingston, RI with his wife Ellen Becker-Gray. 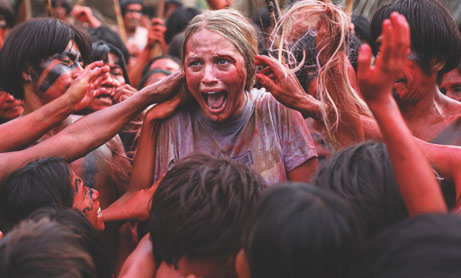 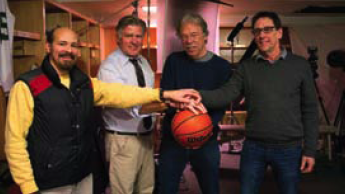 Treat Williams Stars in Short Film in the Berkshires