Acting is not about being someone different. It’s finding the similarity in what is apparently different, then finding myself in there. ~ Meryl Streep

Maria’s most admirable and ironic quality is her love for life despite her equal love for stories dealing with pain and trauma. Having worked with her on my own film, MOVING STONE, where she played ‘Lena’, a bowler severely challenged by assumption and insecurities associated with her lover and captain, I saw that Maria was not only dedicated, disciplined, collaborative, open-minded and friendly on set, but able to understand the highly internal nature of my story and work closely with me to externalize it’s subtleties. Her passion for stories of navigating internal pain and reservation truly echo in her own life:

Born in Moscow, Russia, Maria made her way to America at age eight. Although she already had serious aspirations to act, her shyness and reservations with entering a new country led her on a temporary tangent. Inspired by the charisma of her grandfather, who was an engineer, and by her own fascination with science and art, Maria first studied architecture at Northeastern University. With time and an ever-growing sense of confidence in herself and her surroundings, Maria decided to take a stab at her childhood dreams. Meeting and working with some truly talented actors and mentors at Carter Thor Studios East, Maria began an intensive journey of learning and refinement. Through her work on the stage (which includes her role as ‘Nina’ in Zalmen, written by Elie Wiesel and directed by Guila Clara Kessous, as part of Harvard Arts First 2011 festival) and film (which includes her role as ‘Liz’ in THE NIGHT AFTER THE COMPANY PARTY, written and directed by Emilio Mauro) Maria worked diligently to transgress her own boundaries and find her identity as an artist.

Today, Maria pushes herself to reach what she classifies as the ‘chameleon state of acting’ (more simply: being able to access a broad spectrum of characters – especially the ones she is not typically cast as). Maria’s influences include Cate Blanchette, Michael Fassbender, Michelle Williams, her loving mother, her exciting 9th grade English teacher Mrs. Day, and Eli Wiesel. She is currently involved with work on an exploitative feature titled HONKY HOLOCAUST (written and directed by Paul M. McAlarney) as well as a feature titled ONE (written by Raffaele DiBacco and directed by Kevin DiBacco). Maria is also looking forward to producing a segment on women in the industry for a local TV show called To The Edge of Media.

C. W. Dolan is a writer, producer, and director at Redtree Productions. He is most moved by stories of intrapersonal and interpersonal growth. His short MOVING STONE will be arriving in festivals later this year. 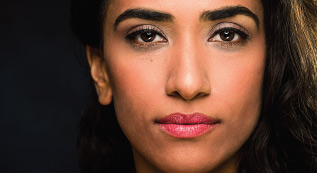 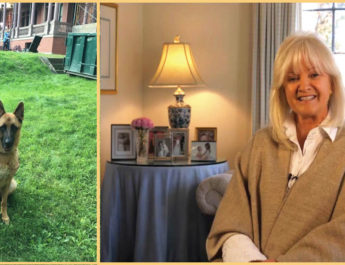