When you love your work working for your daily bread is a joy. It’s easy to keep your eye on the prize – the prize being results! According to Lunchpail Production’s Founder Derrick Deluties that means results for every Lunchpail client as he believes it is a forgone conclusion that when your client gets results so do you in the form of repeat business, a staff that’s eager to do it again even better and recognition in the marketplace. The team won five Tellys last year. And it puts bread on the table at Lunchpail.

A personal experience Deluties holds dear like a mantra from a great lesson learned emanates from his early days when Lunchpail scored their very first client. “It was a big client,” according to Derrick. “We were a new company up against bigger, more established competitors. But, we customized the pitch to the client and ultimately won the business because we showed them we’d done exactly what they were looking for. That has stuck as our MO or maybe anti-MO in this case. We don’t have one specific voice or one look or just one approach. We tailor everything to each client – it’s about their story, their content, their current needs and goals, not ours.”

Even today Derrick Deluties is quick to say, “We don’t just dive into the equipment, the cameras, and the logistics of a shoot. We go through a discovery phase where we want to learn the client’s objectives, goals, and how our project fits in the larger picture. Because, just maybe, we can suggest alternative or additional ideas that will exceed their goals, save them money, or come at the work in a way they never considered. That earlier lesson, though, has stood the test of time and it’s one from which the Lunchpail team has never deviated. While the bigger established companies presented what they do, how they do it and what they’ve done for other companies, they were not selected. Lunchpail could only refer to exactly what they could do for this client and it spoke directly to them and their needs. Against all odds, Lunchpail got the account even though they didn’t have a business card (they were at the printer). Then, I’m not at all sure Derrick even knew the new firm would be called Lunchpail Productions.

I asked Derrick how Lunchpail attracted clients today and he summed it up in two words, “Personal referrals. Clients like what we do so much they come back again and again. They love the work, They enjoy the experience. They tell others about us. Just check our website. Instead of just two or three testimonials, we’ve got nearly a dozen. They know we’ll not only make them look good from a production standpoint, but also with peers for suggesting us.” Like so many in this marketplace and throughout the industry, Derrick is Emerson College alum. There he learned to solve problems. Now he is a professional problem solver knowing the industry inside and out. An outgoing sport, his talents for engaging conversations ultimately led to sales after a progression of disciplines that included audio engineering and camera work for Cramer Productions. Finish Editorial recruited him as Director of Sales and Marketing in 1999. This well known post house was then headed by Don Packer (now owner and senior editor at Engine Room Edit). Derrick became Don’s disciple and Don Derrick’s mentor. Together they doubled Finish’s sales in Derrick’s first year allowing Derrick to launch the company’s corporate productions division.

Now, after more than a dozen years at the helm of Lunchpail, finding the best solution for a project continues to inspire him. He brings excitement and enthusiasm to every occasion. It’s contagious, almost addictive for clients and team members alike feeling an adrenalin rush while tackling problems and creating solutions. It’s a unique ability.

“Clients, friends, family – they all comment about my enthusiasm and love for the business. I’m serious – if I hit the Lottery tomorrow, I’d still keep doing what I’m doing…. I love this, I want to keep growing, learning, expanding and I look for that in the people I hire. I want them to share the dedication, the drive, the passion and the ethics that I do. I’m the company’s leader because I’m the founder, but every member of the team is responsible for leading the charge in their specific discipline. That’s why we’re such good collaborators and why ultimately, clients like the product and the process so much,” says Deluties.

He talks about his team like hand carved ivory pieces on a chess board: “Rich Barret – seen it all and done it all. Knows how to anticipate any challenge. Brian Ledet – great at exploring new client distribution and marketing channels. His music background has helped clients find “signature” sounds. Mike MacKenzie – super designer, gifted art director, internationally recognized and awarded. Sara Tremblay – unmatched story-telling ability, seamlessly crafts engaging narrative from hours of footage. Rob Stone – has impeccable pacing and shot selection. Terrific at dramatizing and adding impact to every script. Leif Husted Jenson brings an international scope and the extraordinary ability to write treatments to the team.

“Dale Resteghini – his stories and music videos explode off the screen. Tim Wainwright – very thorough pre-production and pre-visualization. Always has a thoughtful approach to lighting and composition. Tim Ticehurst – has a director’s eye for framing, color and depicting scenes artistically. Terrence F. Hayes – he’s shot reality shows for Bravo!, ABC Family, Sundance Channel, and just finished shooting Boston’s Finest. Enough said. Bryan – because of his set building and sign background, no shot is too ambitious or imaginative. Chris Harting – has everyone of his fingers on the pulse of integrated media and content marketing.”

Derrick Deluties is most satisfied when he is collaborating with his team and their clients. He likes sharing ideas, talking through options, exploring new possibilities. He says, “We get a rush from that.” If that was what satisfied him most I had to ask, what is least satisfying and he just couldn’t think of anything.

Lunchpails’ future goals include staying ahead of emerging video trends, looking for more inspiring work to keep their directors, editor and graphics team challenged and expanding into new platforms and markets. They are offering more to their clients than ever before by increasing Lunchpail’s Director Roster from three to six. Derrick sees more integration of video content and that’s why they are offering multi-platform content and with a partnership with Brightcove the streaming/deliver of content is more abundant and efficient than ever.

The beefed up team offers more graphics capabilities outside the usual 2D and 3D Motion Graphics, such as white board videos and animation – finding and doing good work with many healthcare clients producing multiple TV spots, animation videos and web videos around the constant changes in the healthcare system. Videos produced for clients requiring license content for music, videos, gaming, movies and sports have resulted in videos that could be seen in over 900 Best Buy and over 500 Costco locations worldwide.

According to Deluties they are seeing a lot of their clients expanding into International Markets. “We’re producing videos that show how there is no communication loss when doing business that crosses borders. In 2013 the Lunchpail team traveled to London, Los Angeles, China and Brazil spending one week shooting video at each destination.

The secret is being able to go wherever the business is. Derrick says, “We work with agencies, in-house agencies, PR firms, design shops, interactive and social marketing firms as well as B to B.” Point-of-purchase, kiosks, Internet product demonstration, music videos, animation, story and now reality shows have come into their purview. If it’s a moving image Lunchpail Productions is prepared to take it on with workman like results.

Carol Patton is the publisher of IMAGINE Magazine. She remembers just over twelve year ago when Lunchpail Productions launched a little more formerly than showing up to a presentation without business cards. Bright and shiny lunch pails (the kind with the dome – not a lunch box) were delivered around the greater Boston area filled with a t-shirt and other marketing novelties. Her daughter collects lunch boxes (she likes the dome varieties preferably with its original thermos) so she gave her Lunchpail silver lunch pail to her. It still rests among her favorites like her Star Trek, Lost in Space, Muppets in Space, her own fourth grade lunch box “Campus Queen” and about thirty others. 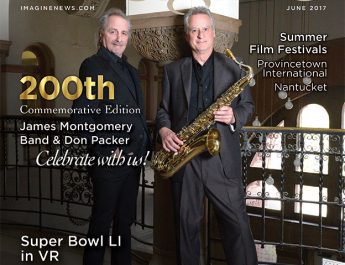 About our 200th Issue 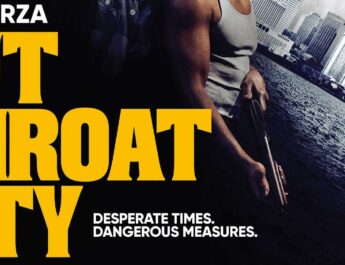