As a boy, Jonathan Bird marveled at such television “specials” (back when that term actually meant something in television) as The Undersea World of Jacques Cousteau. But as impressed as he was, the little boy who grew up in the decidedly inland town of Hollis, New Hampshire probably had no idea that that “undersea world” would someday become his, and that he would one day become one of Capt. Cousteau’s television successors.

“When I was in high school I was really into photography. That was a hobby that was a controlling force in my life. What happened with the scuba diving was that my dad got certified to dive on my vacation, down in Cayman when I was a college student. He really enjoyed it. He said, ‘Gee, you should really try it!’ They offered a scuba class in college, so I took that. I really enjoyed it. When we took our first ocean dive, I knew immediately, when I first put my head underwater, that this was something that was calling to me.

“It wasn’t long before I was combining my interest in photography and my new-found love of scuba diving into underwater photography. At that point, I realized that that was where I wanted my life to go.”

And so it went. After graduating from Worcester Polytechnic Institute with a Bachelor’s degree in Electrical Engineering, Jonathan worked for Raytheon (at that company’s Sudbury, MA facility) on the Patriot missile system during the first Gulf War. But, like a sea siren from ancient mythology, the oceans called to him.

“When I quit my job to do this underwater photography thing, I did it under the pretense of going to graduate school—which necessitated that I actually go to grad school. I got a Master’s degree in Ocean Engineering from UNH. I have a lot of degrees I don’t use.”

So when exactly did Jonathan take the plunge— no pun intended—into ocean-oriented work? “I shot the first pictures that I consider professional images of mine in the early ‘90’s. At that time, I was really interested in still photography. I was working toward becoming a regular photographer for a ‘dive’ magazine—which, I didn’t realize at the time, really wasn’t a way to make a living.

“I got so many requests to do that slide show for schools that there wasn’t enough of me to go around. I threw out the idea of making a video. It was basically that slide show, with the narration that I would do, with video. So, I bought a video camera. I started learning to shoot video. I started watching a lot of documentaries, trying to teach myself underwater video.”

And so, before he created his BLUE WORLD, Jonathan entered the video world. But just as he was to have to deal with the rapidly changing tides and currents of the seas, he would encounter similar conditions where video technology was concerned.

“Things were a lot different in the early ‘90’s. It wasn’t like today, where you’ve got iMovie, and anybody can just take their cell phone and shoot video and edit it together. Back then, we were shooting on low- quality analogue tape. Editing was done tape-to-tape. It was a rather complicated undertaking to produce something that looked relatively professional, on a very low budget. It was much harder than it is today.

“After a while, I finished this video, and sent it to a distributor, and asked them if they would be interested in it. They gave me some very good feedback—and turned me down. I reedited the thing. I fixed it a little bit, and submitted it again. The second time, they took it. And that was the first film; if you will that I got distributed.

“It was called BENEATH THE NORTH ATLANTIC. It was picked up by a company called Ames Media, which is now (called) Discovery Education. Ironically, that very first film that I did is still being distributed by Discovery Education. The last time I looked at it, I was shocked at how bad it was!

“I asked my wife what she thought of this idea. She said, ‘It’s a pretty good idea. Who is the host going to be?’ I said that we needed to find a host that was charismatic, good on camera, kind of funny—and, a diver. Probably some charismatic marine biologist. She said, ‘I think that you should be the host.’ I said, ‘I want to be the cameraman, the director, the man behind the camera.’

“So, we came up with that, and we made a pilot. We shopped it around, and we couldn’t find any interest in it. The Discovery Channel said that it was ‘too educational.’ I think that their exact quote was: ‘Beautifully produced, but too educational for us.’ Which shocked me at the time,

Jonathan Bird’s Blue World is now seen on PBS stations across the country, and on a popular website. A combination nature documentary, educational program and family entertainment series, this panoramic look at life under the sea has a large and growing fan base. Although not specifically intended as such, it seems to be filling the gap left by the aforementioned Cousteau series, The Crocodile Hunter and other such programs, as first the commercial broadcast networks, and then the one-time “educational” cable nets have abandoned such fare (in the latter case, in favor of exploitative “reality shows”). Such changes left a programming opportunity as wide as the oceans, and Jonathan Bird was happy to, literally and figuratively, sail right into it.

So, just how did a landlubber like the young Jonathan Bird find his sea legs—and, his present career? “I didn’t grow up near the ocean, and I didn’t spend a long time near the ocean when I was a kid. I watch a lot of Jacques Cousteau, and I was fascinated by the ocean.

“Watching that show, scuba diving and the underwater world to me seemed like something so fantastic, and ‘sci-fi’. It was not something that ‘normal’ people would do. Scuba diving struck me as something very exotic, foreign—like being an astronaut. So, I didn’t really have aspirations to do what I do now as a kid. but when I see what’s on the Discovery Channel now, it doesn’t surprise me at all. They’re the maker of trashy ‘reality’ programs, which isn’t even reality, but forced reality programs.

“We didn’t know what to do with it. In 2007, the Web was really becoming the place for video. It was clear that You Tube was on its way up. So, we decided to put some webisodes up on our webpage— we made a webpage, Blue Word TV—and started putting them up.

“One of the Public Television distributors called me and said, ‘This show is fantastic! Why aren’t you on TV?’ And I said, ‘I don’t know. I couldn’t find anyone who wanted to put it on TV.’ And she said, ‘We want to put you on PBS!’ I said, ‘All right!’ So, that’s how we got our start on Public Television.

“We scraped together a first season with basically no funding at all; it was basically self-funded. We went ahead with additional season, and we have since been able to find sponsors, although we have never made the show on a large budget. We’ve never been able to find a corporate underwriter who wants to give us a million dollars. Our show has been pretty low-budget. In fact, when people hear the budgets we make the show on, they’re usually surprised that we can make such a professional production with just so little money.”

But while the bad news may be the lack of money flowing into Jonathan’s series, the good news is the lack of attached strings that might accompany said money. Jonathan is answerable to no one but himself—and, his literal production family. (His wife is his Executive Producer.) Jonathan Bird’s Blue World is, quite literally, a mom-and- pop operation.

“Our headquarters are located on the third floor of my house (in North Reading, MA). I have a 36 x 20 gigantic room, which is our sole production facility. We have our interns and our editors here; this place is like Grand Central Station! And, I’m Mr. Mom. During most of the year, my day starts winding down when the kids get off the bus. During the summer, it’s really tricky.”

No less tricky, obviously, is the accomplishment of creating such a beautiful, high-quality looking program on such a modest budget. To do so, Jonathan is careful in his choice of production equipment.

“We shot our first season in Standard Def. We were shooting on just plain, old mini-DV. We transitioned to HD low-budget, and we shot on HDV for a long time. Halfway through Season 3, we started shooting on XD Cam. Just in the past six months I’ve added a second housing to my camera, so I’m shooting in Pro-Res on a little Ninja 2, which we took underwater. I worked closely with a California company called Dive and See to develop an underwater housing, and a waterproof HDMI connector. We’ve got a couple of cameras that are shooting with the new Sony 760 camcorders that shoot in AVC.

“We’re in the middle of switching our switching over to a completely different editing system. We’ve been on a Legacy Final Cut Pro system since the beginning. We’ve finishing Season 4 with Final Cut Pro 7, because 10 is not a professional product. Apple seems to think that tape is dead, but tell that to the people at the satellite facilities that we have to feed our show to the stations with, and they only take HD Cam tape!

“What we’ve discovered with all these new formats is that Final Cut Pro 7 is now hopelessly out of date, and can’t deal with all these formats that we shoot in. To get around that, we’ve been transcoding all of our footage to a common footage, either to Pro Res or to XD Cam. That’s just an incredible waste of time and space. So, we’re transitioning over to, probably, Adobe Premier for our next season, or next project.”

But whatever that project or others may be, it’s clear that Jonathan Bird’s Blue World has found its own island in the vast TV sea. Although not intended or marketed as such, it has become very popular with children—a “family” show, it seems, on both sides of the screen.

Jonathan Bird thinks he knows why.

“We get enormous amounts of fan letters written by moms who say, “My son is your biggest fan, he wants to be you when he grows up. It’s the only show I like to watch with him, so thanks for making it!’”

Hartley Pleshaw has been active in Boston-area television, radio, video, theater, film and journalism for the past three decades. 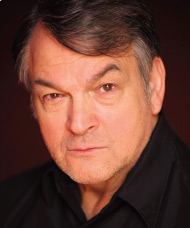 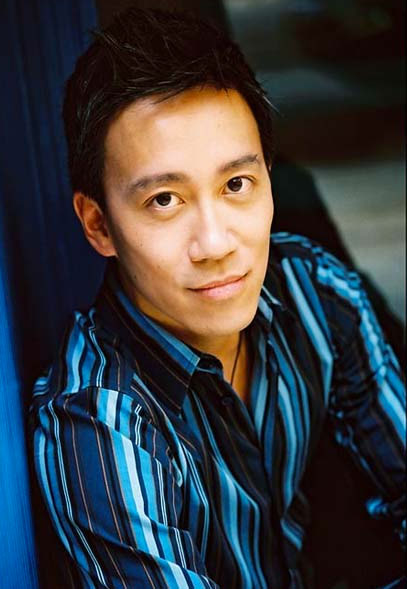 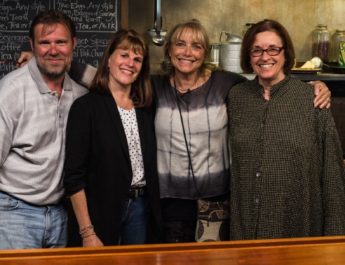