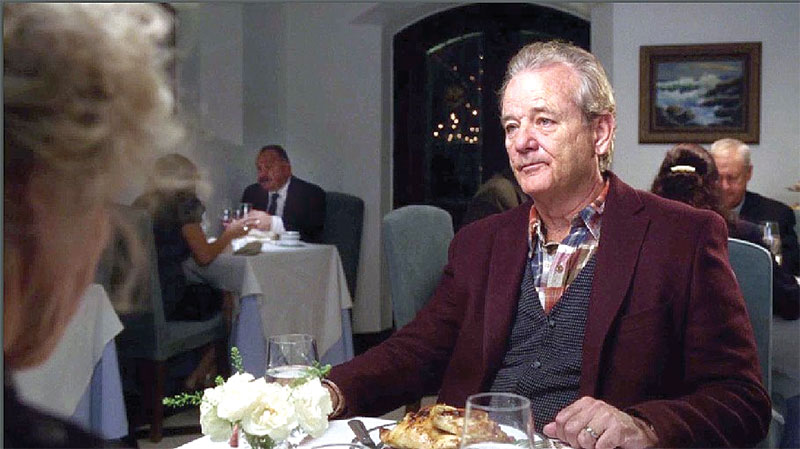 Assume you were put in charge of finding locations for making movies. Now, just for a minute forget that you are now a very popular person with the locals of everywhere you go scouting in the USA.

Your obligation to your production is to come up with locations that will match up, as best as possible, to the locations evoked in the story/script of the movie. But, and possibly most important, it is your need to see that a possible location is “welcoming” to filmmakers. And, what is most welcome to creators of the project? Ways to bring the movie to completion on or under budget and
on schedule or earlier than scheduled.

These are great and difficult goals, of course. But here in Massachusetts the transformation of our state once known as “Taxachusetts” to Hollywood filmmakers can be thought of differently due in large part to the use of its attractive tax incentives for those who choose to film here.

In this article we visit with several people who might have missed their main chance at acting in feature films alongside top talent such as Leonardo DiCaprio, Jennifer Lawrence, and Christian Bale…the list goes on and on, if it were not for MA Film Tax Credits.

According to Casting Director Danielle Corsa, “Extras help make the human connections in life that need to be made in every scene of every film. Without background extras, we’re no longer dealing within reality…. Background extras add so much in a sense so that viewers can fully connect with where and why a scene is taking place. Depending on the intent of the filmmaker, extras can provide us with a rich insight into where the story may take us.”

Actor Frankie Imbergamo has worked in more than forty-five films. It all began for him in 2005 when he entered a cooking contest on the Food Network, “Emeril Live” with Emeril Lagasse. He submitted one of his recipes. Out of 1500 contestants, Frankie was the top winner of the contest. “After that” Frankie says, “the Food Network crew came to film me in the North End of Boston in a butcher shop where I was purchasing the meat to make the gravy (sauce).”

Frankie recalls, “Then they came to my home in Medford, MA and filmed me making my recipe.” Two weeks later he was flown to the Food Network Studios in New York City.

“My wife and I were on set and I appeared on live National TV with Emeril and the other three winners – I was the top winner. I received some calls from Boston Casting after that and that is how my acting career started,” says Frankie. Being on TV, he joined AFTRA.

“My first movie to work in as an Extra was a movie called STIFFS (IMAGINE August 2009) with Danny Aiello. I played a mourner at a funeral. I was in a scene with Danny Aiello and I am walking in the funeral parlor and Danny Aiello shakes my hand and says “I’m sorry for your loss.” And in another scene I was kneeling at the coffin at the wake.”

“It was an exciting experience to interact with a well-known actor and being on set with several actors working in the movie STIFFS. You can say I got the bug for acting. I then loved the business and I went to acting school at the New England Models Group in Manchester, New Hampshire and was trained by Tom Logan, a Hollywood director and acting coach.”

Frankie adds, “Being an extra influenced me by giving me a start in the business. I have read a lot of actors started off as extras and became big stars. I feel like I got the proper training and got to know the business by starting off as an extra now I get featured roles, principal roles – known as a Day Player.” Day Players make an average of $1,000 per day plus residuals which are paid ad infinitum. Since 2010, the number of day players hired in Massachusetts based productions has gone up from 74 to 409.

Since STIFFS, Frankie has appeared in forty five films, among them KNIGHT AND DAY, TED, RIPD, AMERICAN HUSTLE, JOY, GHOSTBUSTERS, MANCHESTER BY THE SEA and PATRIOTS DAY.

“I was involved in an Indie film, directed by Mathew Fisher, a movie called DJ STAN DA MA. I was one of the lead actors and I also became one of its producers. We premiered to a packed house last June at the Arlington Regent Theatre. The movie is now going to film festivals in the spring of 2017. I am also involved in a comedy web series called Pizzer Makers. It’s the longest running web series in
New England and we are currently scheduled for filming episode number twelve in March 2017. I am the lead actor and it can be seen at youtube.com/pizzermakers.

Actor Elaine Victoria Grey knew that she wanted to become an actress since she was twelve years old. That’s when Elaine says she wrote a letter to Paramount studios, “to inquire how I should go about getting into the business. At that time I was living in Cambridge, MA and was enrolled in Catholic
school. At the time the movie house was in Central Square, and we would walk to the theatre every Saturday afternoon to watch films on the big screen.

After growing up, her field of study, while enrolled as a Candidate at Harvard University’s Extension Studies (1997-2006) was in Dramatic Arts. Every Semester, along with her requirements, She took classes in Acting, Directing, Shakespeare, and the History of Musical Theatre.

“After my Harvard graduation in 2006, I began sending headshots and my resume out to Casting Directors,” Elaine remembers. “The first Hollywood feature film, that I performed in as an extra, was Adam Sandler’s Comedy, THAT’S MY BOY.

“I remember when I received my first call. I was home one evening, when the phone rang, and the person on the other end of the line told me, that they were calling from Hollywood, and asked if I was available to work on this comedy film. I was very fortunate, because I was chosen for two scenes. The first scene was outside a bowling alley where I was to play a wife and mother of two teen children. Then, everyone was sent home, except for thirteen of us who were chosen to work overnight at an old fashioned diner in Lynn, MA. We worked directly with Adam Sandler, Andy Samberg and Vanilla Ice.

”My scene was pivotal, and I was highly featured in the film and in the trailer. This was very exciting for me, and it spurred me on to continue in the business. Since then, I have worked on over thirty feature films, and I am now beginning to obtain principal roles.

“The first thing I learned about being an extra is that it is how many a famous actor started out in the business. Being an extra has taught me many valuable lessons. I always watched, listened and learned. There is so much to see and hear while on set. It is how you pick up knowledge about the business of acting. Quickly, I realized how important it to stay on your “mark,” and to follow directions. You will be remembered for your consistency. I can’t emphasize, enough, how important this attribute will become as you build your acting career.

“Also, and of equal importance is my Girl Scout (Boy Scout) motto, ‘Always be prepared.’ Immediately, when I get the booking, I print out the information and begin to prepare for my role. I learned from years of sitting with hair and makeup and wardrobe that it is imperative that you arrive on set, on time, ‘ready to go’ and precisely as described to you in your instructions. I always bring extra with
me, just in case. “I make sure that I have an updated resume and my headshots on hand, so when I am
asked for them, they are ready.

“The first thing I do, when I receive a casting notice, is my research. I like to know everything I can about the film, and about the cast, the crew and the production. It helps me to prepare for my role. Acting classes and workshops help me to hone my craft, while I learn more about how I can improve and grow as an actor.

“Shortly before turning twenty two, I had dreams of moving to New York City in order to pursue acting. However, my life went in a completely different direction. Fast forward nine years later, during that time for which I became a wife, a mother of three, and was living in the suburbs, far removed from city life, by that time, it was the farthest from my mind.”

“I was the assistant office manager at a health food store, and would sometimes cover the registers on the weekends. One day I happened to be on the register and a good friend of mine, who was a casting director for Boston Casting, mentioned that she was in need of extras for an upcoming John Travolta movie, THE FORGER that was being filmed locally. Jokingly I said, ‘Hey, I’d love to do it. I can be a tree or whatever you need me to be!’ She jumped at my offer and said to wait for details to be sent. I was so nervous not knowing what being an extra entailed, but I’ll tell you what, it was such an amazing first experience on a set, and it reignited my passion for acting.

“Some people don’t acknowledge being an extra as acting, but without extras, the scene would not be complete. After my experiences as an extra, I never watch movies the same anymore. I’m always looking to see what’s going on in the background. And it’s always fun to spot yourself on the big screen. I went on to do many films, but can be seen in Olive Kitteridge, American Odyssey, TED 2, Orange
is the New Black, and JOY.

“I’m content with being an extra, because it allows me to still get the experience of being on a set, however, it has influenced me to push myself to audition for other roles. It has been such an amazing journey that has allowed me to become SAG eligible, which is not always a guarantee, and for that I am grateful!”

Peter Morse, according to IMDBpro, is an actor, director, location scout, and also has worked as a stand-in/photo double. He portrayed Albert DeSalvo in the most watched two-hour movie on Discovery ID; CONFESSIONS OF THE BOSTON STRANGLER. Peter was nominated by New England Actors for a Speaking-Role in an Award-Winning Film/TV Project; BLACK MASS. He also is an award nominated actor for the web series Family Problems and has had numerous leading and supporting roles in independent films. Peter’s diverse look allows him to play many different roles.

He began his career, “By a fluke,” according to Peter. “I started acting in plays while attending
Saint Mary’s in Providence where I grew up. I kind of caught the bug then, but was unclear what
it was or how to pursue it.

His first experience as an actor was LAST ACTION HERO. He says, “It was incredibly awesome. I didn’t know what to expect being on a closed set in Times Square with hundreds of people. When I start something that I enjoy, I never settle for the minimum. I always want to get more out of it. Networking is how I got to where I am today.”

Peter has appeared in more than thirty titles including SPOTLIGHT, BLACK MASS, THE FINEST HOURS, THE JUDGE and THE COMPANY MEN, just to name a few. 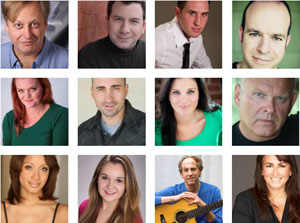 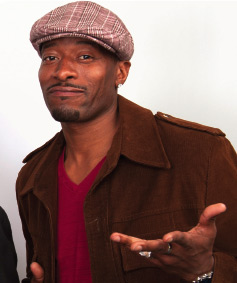 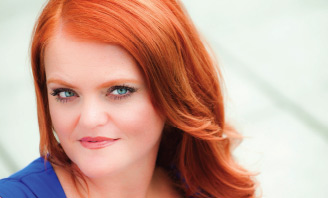