A year ago this September, Eran Lobel and Mark Hankey got together as businessmen. After their merger the new company would be called simply Element. It’s an interesting note that next month Element Productions would have been in business fifteen years and Picture Park for twenty years. Long time Element Production’s tech savvy Kristen Kearns became the third partner and the integration of Element was complete. The trio are all executive producers. Eran serves as the company’s CEO.

This integration of these three entities created one of the deepest creative resources in the Northeast and Element has spent its first year in the fast lane. Elements non-conforming business card size says we are formed to be different. There’s a big E and a little 3 on the front of the card, flip it over for plainly stated contact information on the back. It doesn’t say what they do. Most likely if you are handed one you already know.

The little three on the front represents what they do: Production Post Integrated. Element is prepared to do it all under one roof located in Boston’s fashionable Back Bay on Stuart Street. In a spacious, functional, attractive workplace that accommodates a constant staff of fifteen with room for the fifty to hundreds of freelancers that are frequently hired every month.

The newly created talent pool establishes a diverse stable of directors, editors and producers that offer integrated content development deliverable across all platforms. Eran explained offering premium production, which Mark Hankey (Hank) brings to the table from his immense experience and cache at Picture Park. He radiates within the advertising world, which, is at the top of the premium production food chain and according to Hank, “brings home the bacon.” I asked Hank about merging Picture Park after all these years.

“It was hard to give up a company I’ve had and the people I’ve worked with for twenty years,” Hank said. But, he added, everybody came over here for new opportunities and to form new relationships. Having everything under one roof is what this industry is moving towards and that’s what we are building here.

In the second quarter of this year Mark Hankey was the production supervisor for the TV pilot The Hatfields and McCoys. It was a great experience to bring back to Element.

“It would be great to have a TV series in Boston,” Hankey said. To that end, he believes the opening of the New England Studios in Devens will be helpful. He visited it recently and gave it a thumb’s up. He also suggested it could be a great place to produce a large advertising campaign.

Kristen Kearns is passionate about post. It’s her bailiwick at Element. Premium Post is her responsibility and she has a firm grip on it. For thirteen years she has grown with new media technology. Kristen graduated from Emerson with a background in production. She found her way to Element Productions through Boston Casting where she worked for Angela Peri and met Eran by casting commercials for him. He offered her a position right when Final Cut Pro and After Effects were catching on. She embraced the technology, the concept of working lean and efficiently appealed to her. She has grown with it over the last thirteen years. Add to that, Eran says she is incredibly well organized.

She oversees a great staff of editors and graphic artists and has a talent pool of dozens of others to draw on. She is constantly put to the test. When a client comes in needing a couple of pieces with hundreds of assets to deliver she knows the best way to get it done. She’s always ready to look at new technologies and the latest camera formats. Her goal is to provide the best work for Element’s clients.

After Production and Post comes Integrated. Eran expands on how the word has evolved and why it is the key to the future success of production. He says, it’s a catch all component to the industry and is inclusive of new media, documentary, film, programming, television, multi-platform, innovative technology, web video, developing web series that can become television series and more.

“Moving downtown, having everything under one roof, creating amazing opportunities for writers, producers, directors and editors to collaborate openly contributes invaluably to integration,” says Kristen. Doing it all, from shooting to final color correction to delivery is amazingly efficient and extremely satisfying.

Eran elaborated on the Element three core values: creativity, efficiency and reliability. Those attributes along with the amount of full service capabilities Element’s has amassed will provide their clients who work in ad game space, turnkey production (not a low cost cheap solution as turnkey used to be known). But, giving their clients high quality at a good value. He believes there is a competitive advantage for clients working with premium resources in a comfortable environment where people collaborate really well together. The economy of scale really kicks in.

The biggest clients for Element are ad agencies in Boston and New York. And brands like UMass and Vistaprint along with local TV networks. Element produces all the content for Comcast Sports Celtics off court programming available on Comcast Video on Demand. Element produces video for the Boston Business Journal, Boston Magazine, The Globe, Boston.com websites and content for traditional media channels, while incubating original web material and web television as well.

“Our future goals are to address the changing needs that marketing, advertising, entertainment and technology have put on every one of us,” says Eran.

Hank has a longterm relationship with TV and studio executives that call him when they are going to shoot in Boston whether it’s TV or film. He wants to stay well rounded, to continue to cross over disciplines when producing.

Pushing up global production is important. Element has done a lot of it this year ramping up shooting in the United Kingdom and in France. They’re working to develop a network of production resources and clients.

“We will continue to push our core values, creativity, efficiency and reliability, and find those clients who share those values and work to maximize their goals,” Eran adds.

Kristen’s initiative is to grow post production by continuing the expansion of their internal capabilities and staff, to continue to get great creative work, to collaborate and do good work.

Hank says, “Finding work that is engaging for our directors allowing them to be creative and effective for the client and exciting for them (the directors) to work on. Pilot season is coming up again. It would be good to get one or two TV series to work on again.”

Content across all platforms is king and in demand. That is why Production, Post and Integration reign supreme for Element residing on Stuart Street where the three principles of creativity, efficiency and reliability live along with Element’s three principals, Eran Lobel, Mark Hankey and Kristen Kearns. 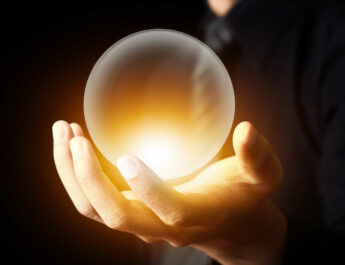