In 1997, I moved from my hometown of Toronto, Canada, to Boston to begin a Ph.D. at MIT. If someone had told me at that point in time that I would eventually become an actor, I would have laughed—that is, if I looked up from my textbooks long enough to respond.

I spent the next seven years of my life working on my doctoral thesis. With a commitment of such magnitude, it’s no wonder that halfway through my graduate student career, my mind began to wander. I started dabbling in various sports and artistic pursuits—tennis, basketball, flag football, photography, and sailing—but I eventually settled on acting.

It all started rather innocently with a couple of musicals at MIT, and then I branched out to student films and independent films. I pretty much tried to do whatever I could get my hands on, which was important at that stage to build my confidence, my experience, and my resume. I also started getting onto the radars of the local casting directors and would get called in regularly to audition.

My first breakthrough was getting cast in Disney’s UNDERDOG. That was soon followed by a role in the CW pilot “I’m Paige Wilson”.

At this point, I realized that I needed to take my budding acting career to the next level—but how? I was well aware that I wasn’t young (by Hollywood standards), nor was I beautiful (again, by Hollywood standards). I concluded that if I ever wanted an agent or a manager, I’d have to impress them with acting credits and training.

In 2007, I enrolled in the east coast branch of Carter Thor Studio, an LA-based studio founded by Cameron Thor and Alice Carter following their work with legendary coach Roy London. Unlike most (if not all) acting classes in the Boston area, this was an ongoing scene study class where the acting coach guided me based on who I am, where I was as an actor, and where I needed to go. For the next six years, I was in that class every week and also rehearsing outside of class several times a week with my scene partners. In that period of time, I literally worked on and performed hundreds of scenes.

In 2008, after being cast in GHOSTS OF GIRLFRIENDS PAST and Showtime’s Brotherhood, I felt I had sufficient credits and at least some training under my belt to branch out to New York. Unsolicited, I sent my headshot, resume, and demo reel to some carefully chosen managers and agents in New York.

Since then, I have had the privilege of working in both New England and New York, being cast by such directors as Spike Lee and Greg Mottola to act opposite Helen Hunt, Liev Schreiber, Julia Stiles, Justin Long, Larry David, Cybill Shepherd and Mariska Hargitay. I’ve even worked on some of my favorite shows, such as 30 Rock and Law & Order SVU (twice!).

In 2011, I felt that I needed to work on my comedic chops, so I started working with Shari Shaw, an acting coach in LA who is brilliant at teaching comedy. Once I began to understand comedy, I became much more confident in comedic roles. I also became a better actor in general, because comedy demands the utmost honesty and truth from actors, which is also true for drama. As an actor, I am constantly learning and evolving.

But these days, being an actor isn’t enough. Technology has made it so easy for actors to become filmmakers, that there’s no excuse for actors to sit around waiting to be cast. In 2008, I wrote, directed, produced, and starred in my first film as a filmmaker, FATE SCORES, an experimental silent film which was recognized by the National Film Board of Canada. Casting was simple—I cast eight other actors from my ongoing scene study class. That is the beauty of being in an ongoing acting class: you meet like-minded artists who have made a similar commitment to excellence and hard work. I again starred in my follow-up film, THE COMMITMENT, which has screened at over 25 film festivals on four continents and won multiple awards, most notably edging out Oscar-nominated MOONRISE KINGDOM to win a 2013 NASW Media Award. I am now just completing my third film, DESCENDANTS OF THE PAST, ANCESTORS OF THE FUTURE, which stars myself and Golden Globe, Emmy, and Drama Desk nominee Tina Chen.

In 2013, the latest chapter of my career began. I founded Aspiral Acting Studio and began offering an ongoing acting class of my own. Every Sunday night, my students get together in Davis Square in Somerville to play, learn, and grow as actors through scene study and on-camera audition technique. In working with my students, I continue to learn and grow myself and have a blast doing it. So far, my career has taken me places I never would have anticipated. I eagerly look forward to seeing what other surprises my career holds in store for me!

Albert is Boston based and can be reached at albert@albertchan.com.

UNDERDOG, GHOST OF GIRLFRIENDS PAST and Brotherhood were all shot in Rhode Island under their then new Film Tax Credit Program. PUB 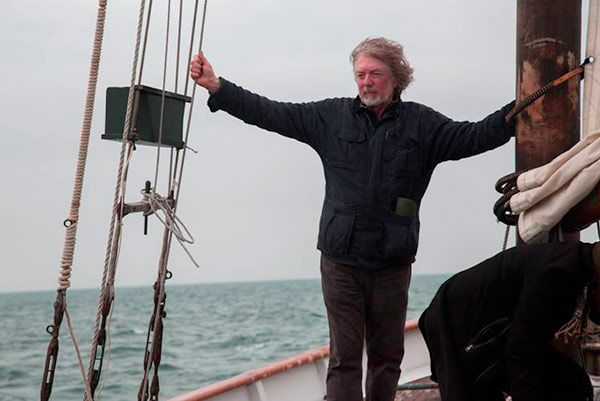 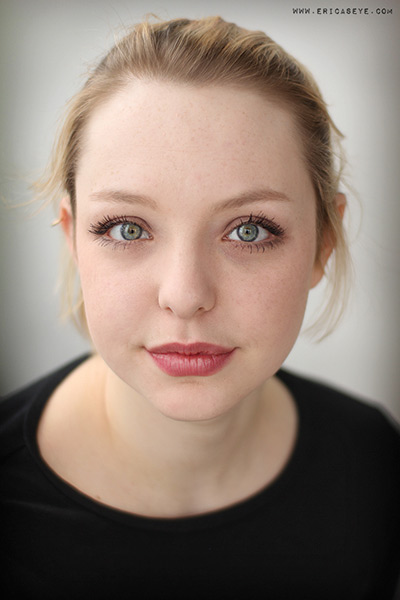 Cailey Calisi: Path To The Podium