Hey JD. Want to go to NATPE? It was Carol Patton on the phone, the publisher of Imagine Magazine offering me entree to one of the most prestigious programming marketplaces in the Television industry. NATPE 2014 was taking place in Miami with thousands of attendees from over 65 countries worldwide, and thanks to Carol I would have an all access press pass. Would I like to attend? You bet!

This year’s incarnation was a gala event held at the luxurious ocean-side Fontainebleau Resort. The three-day show included everything from exclusive parties to informative seminars to world-class networking. NATPE is continuing its trend of expansion over recent years in almost every category from numbers in attendance to mediums represented. Front and center at the show this year were the rapidly expanding opportunities and requirements for content creators to engage audiences through new media, online and mobile technologies.

The opening keynote presentation “TV x Twitter” explained how social media integration is becoming an important new focus for TV producers. Twitter says that nearly eighty percent of viewers use some form of social media while watching Television. Studies have found that audience members who are tweeting while watching a show have a substantially higher degree of engagement which eventually has a financial impact. Nielsen now measures the “Twitter ratings” of shows which will in turn affect a show’s pricing based on their Nielsen Twitter rating. So TV series, such as “Law & Order: SVU” encourage cast members, like Mariska Hargitay, to live tweet during a show to help boost those ratings.

Innovative new forms of distribution were everywhere. Yahoo had a prominent booth/ island in the middle of one of the Fontainebleau’s beach side pools where they featured some of the half-hour TV series they are webcasting. News Flash for you producer’s out there! They are looking for series so if you can put together some decent programming and come up with at least six decent half hour shows you should contact Yahoo. Red Bull and Maker Studios also had booths that boasted of their prominent online presence and were happy to sit down and talk about collaborating with independent producers.

But online video options at NATPE weren’t limited to the traditional ad based income model. There were also a number of companies like Red Touch Media with highly customizable solutions. RTM provides a central platform for content owners, retailers, and advertisers to distribute and manage all forms of digital content and directly connect with audiences across all platforms. The available options include a pay-per-view “iTunes style” distribution model which allows everyone from small independent producers with a single title to Studios like Disney and Sony Pictures to sell online views of their content on a shared revenue model with RTM providing all content management, cross platform encoding and revenue collection in exchange for a percentage of income.

“They also highlighted production incentives and tax credits as high on the list of elements that would increase a producer’s chance of getting funded.”

I’m currently in development of an independent film so I attended “Financing 3.0: A New World of Global Television and Content Investment” hoping to get some useful advice. The four members of the panel represented four different approaches to production financing and were based in the US, Germany and England. As you can imagine each represented a different perspective so it was helpful to hear their criterion of evaluation and understand what types of productions they would be more likely to fund. It might seem obvious but high on the list of factors that help guarantee financing are: having name talent attached, having a certain amount of pre-sale in place or failing that a solid distribution deal. They also highlighted production incentives and tax credits as high on the list of elements that would increase a producer’s chance of getting funded. But it was encouraging to hear them say that there is a lot of money out there available for investment in the right types of shows.

On the more traditional side there were seemingly endless aisles of distributors that handle everything from Dramatic Series and Cartoons to Documentaries and Feature Films. After all it’s a media market place so the name of the game is programming sales. These distributors are here to meet Television Programming Directors each one of which has a hungry 168 hours of airtime to feed programming to each and every week. But Distributors have to buy what they sell somewhere, so for Producer’s like me NATPE offers an unprecedented networking opportunity.

So many of us are in love with the production end of the business. It’s understandable. So many fun technical toys to play with on set. The joy of getting that beautiful closing shot. The satisfaction of seeing your concepts take form in the edit suite!

But in the end if you want a chance to do it all again you’ve got to find a market for your work somewhere. Well – somewhere is here. This is one of the best places in the world to make initial contact with the people who could become the return on your production investment and even help you to line up the funding for your next production. Unlike any place else, these distribution markets, like NATPE and MIPCOM are where you can most easily get past the call screeners and gatekeepers and meet face to face with the key decision makers for many of the distribution companies that could someday be your distribution partners. Don’t get me wrong, the venue was beautiful, the parties where fun and I enjoyed running into a number of people I hadn’t seen in years, but for me personally, the single greatest aspect of NATPE was the networking. That was what turned the opportunity I’ve been cultivating for the last month or so into a reality. But that’s a whole other story. Tune in for my next article – “What’s a Producer”.

JD Freedman has worked on over twenty feature films, a number of TV series and countless other productions and is currently in development of a full length feature film.

Top Middle: Rod Perth, President and CEO of NATPE||Content First has overall responsibility for the vision, strategic evolution, marketing, programming and financial/administrative operations of the organization. Photo courtesy of NATPE. Top Lef t and Right: Scenes from the 2014 NATPE Convention were taken by JD Freedman 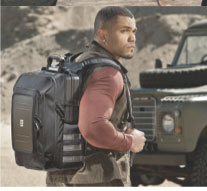 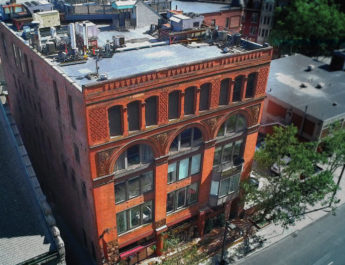 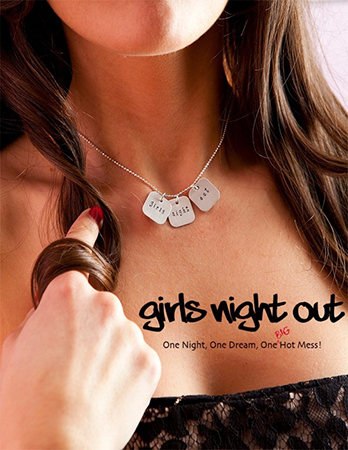