But the enthusiasm I love the most is that of NFF’s Executive Director Mystelle Brabbbee. Here are the highlights she is excited about. Mystelle says, “Our closing night film, Richard Linlater’s BOYHOOD is an extraordinary and patient approach to screenwriting…” Rather than using different actors to portray the same character at various ages, Linklater filmed the same actors for more than a decade, crafting an unforgettable portrait of a family in flux.

“And we’re bringing back the Stage Reading with Donick Cary’s TV pilot Strange Calls. Great actors are coming to Nantucket to read,” added Ms. Brabbee. In the offseason on Nantucket things get weird. Really weird. Boston cop Toby Banks has been exiled to the island to answer the strange calls that come into the police station. It’s a job that no one wants—for very good reason….hmmm.

There will be a 35th anniversary screening of the original MUPPET MOVIE on the beach – “always so much fun,” Mystelle gleefully points out. And for funny, “the All-Star Comedy Roundtable has been turned on its head highlighting tomorrow’s big stars. Jenny Slate! Anyone out there love Marcel the Shell as much as me?” she asks. 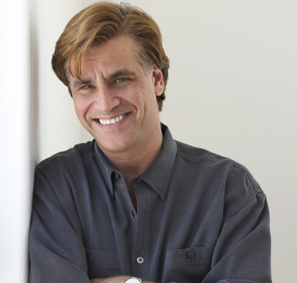 The pinnacle of her anticipation will be achieved when Aaron Sorkin arrives! Mystelle is looking forward to hearing first hand about how he writes his dialogue. “And, of course, celebrating his signature style,” she added. To be sure the Screenwriter Tribute is the jewel in the Nantucket Crown. It is the coveted ticket for Saturday night hosted by Brian Williams, NBC Evening News esteemed anchor and funny man in his own right.

The Nantucket Film Festival honors the careers of noted screenwriters who have brought distinction to the craft of writing for film. This year that award goes to Aaron Sorkin, best known as the screenwriter behind THE SOCIAL NETWORK (Academy Award winner, Best Adapted Screenplay) and the creator of the Emmy Award-winning television shows The West Wing, The Newsroom, and Sports Night. His other movies include MALICE and CHARLIE WILSON’S WAR. The film adaptation of Sorkin’s Broadway playwriting debut, A Few Good Men, was nominated for four Academy Awards. Sorkin will next adapt Steve Jobs, the Walter Isaacson biography of the late Apple co-founder.

NFF will present a special Achievement in Documentary Storytelling Award to Steve James, best known for his work as director, producer, and editor of HOOP DREAMS, which late film critic Roger Ebert (the subject of James’ latest film, LIFE ITSELF) deemed “the great American Documentary.”

The festival’s New Voices in Screenwriting Award will be presented to Mike Cahill. “We’re thrilled to recognize Cahill’s originality and honor him at the start of what promises to be a long and fascinating career, said Mystelle Brabbee. Mike Cahill is fast becoming known for intelligent screenplays that combine science and compelling narrative. I ORIGINS, which Cahill also directed and produced, won the Alfred P. Sloan Feature Film Prize at the Sundance Film Festival.

THE SKELETON TWINS will be the NFF Opening Night Film. Craig Johnson’s film stars Bill Hader and Kristin Wigg as estranged siblings who cheat death on the same day. The dark comedy took home the Waldo Salt Screenwriting Award at Sundance making it a natural fit for a festival that has a writer’s bent. (See the Festival’s Film Schedule online).

Don’t miss this Festival favorite. Morning Coffee With…® offers a chance to hear captivating and inspiring working tales from the filmmakers’ perspective. This year’s Morning Coffee With…® is sure to entertain as it serves up both highly anticipated festival attendees and a delectable assortment of coffee and treats. It starts Thursday and runs through Sunday at 9 am in the Dreamland Theatre.

Always entertaining, In Their Shoes…® with Chris Matthews brings out his outspoken and impeccable interviewing skills to engage renowned Festival guests in in-depth conversation. Thursday, June 26th at 4 pm Chris will sit down with Emmy-award Bradley Whitford (The West Wing, Studio 60 and Sunset Strip) to discuss his celebrated acting career in television and film as well as his recent foray into political journalism. Then on Saturday, June 28th at 2 pm Chris will relish some time with the Festival’s Screenwriters Tributee to discuss his critically acclaimed body of work as a scribe for film, television and theater. Both conversations will be held at the Dreamland Main Theater.

Nantucket is gorgeous this time of year, but if you go be sure you have accommodations in advance as the island fills up to the brim. All events are ticketed or accessed by Festival Passes so be sure you have what you need. Tickets and passes are available online and at the festival ticket office on island.

Now be sure your read our Gene Mahon’s “Before, Between and After the Films” for everything you need to know to truly enjoy this island paradise. For more information, tickets and schedule visit www.nantucketfilmfestival.org.

BEREAVE: From Evangelos and George Giovanis